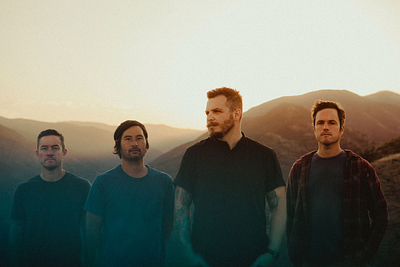 SHOW REVIEW: Thrice with Touche Amore in Berkeley, CA at The UC Theatre

Not once or twice...but THRICE.

Thrice is on tour for their new release of their new album, Horizons / East on Epitaph records. Thrice has been on tour since September 24th with their first show in Houston.

I arrived at the venue right before doors opening and you can only imagine how long the line was on a Tuesday night, surprisingly long! You can tell the fans truly came here for some Thrice music! Having been to the venue a handful of times, I was shocked how packed the UC Theatre was. Of the times I came here, especially on the weekend, it has never been this busy!

Self Defense Family was originally one of the openers but was unable to attend.

First up was Touche Amore with their post-hardcore style of music. The lead singer, Jeremy Bolm, was full of energy that it even transferred into some the other band mates of his. This type of energy really pumped up the crowd who even sang along with various songs. Since Self Defense Family was not at the show, Touche Amore played a few more songs for the fans. Touche Amore is definitely a great band to open up for Thrice!

Last and not least up to the stage was Thrice!

Thrice literally lit of the room with colorful lights and even some lights projecting patterns on the walls in the UC Theatre. They performed some of their hit songs like their most listened to song on Spotify, Black Honey. That song is definitely a hit, no doubt!

Thrice finished the night with not one, but TWO encore songs, Beyond the Pines and Anthology. You can definitely say that these two songs are ones to go home with a smile on your face, as many fans did that night.